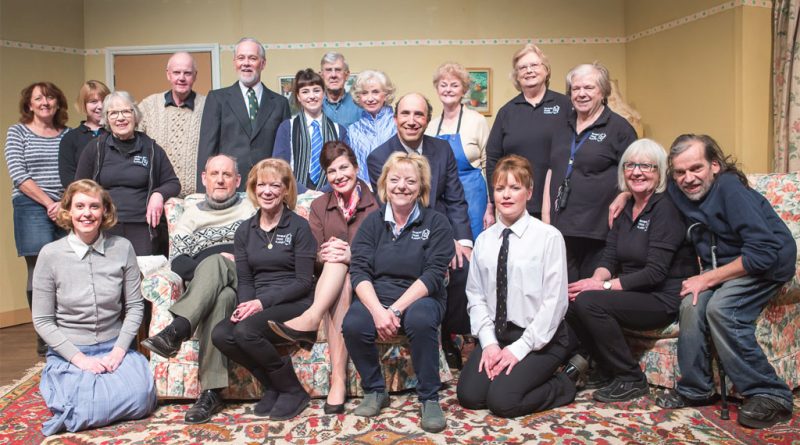 Pack of Lies by Hugh Whitemore was our February 2015 production at The Mill Theatre, Banbury.

Directed by Terry Gallager, the cast was as follows:-

Hugh Whitemore’s play follows the story of the middle class, suburban Jackson family, coerced by MI5 into allowing their home to be used for surveillance on Russian spies, Helen and Peter Kroger. The Krogers purport to be Canadian antique book dealers – and just happen to be the Jackson’s close family friends.
Whilst teenage daughter, Julie, takes the intrusion in her stride, mother, Barbara, struggles to maintain the necessary deception during the daily neighbourly visits from Helen. Father Bob knows what his country needs him to do but, in the end, for the Jacksons, deception can be a killer.