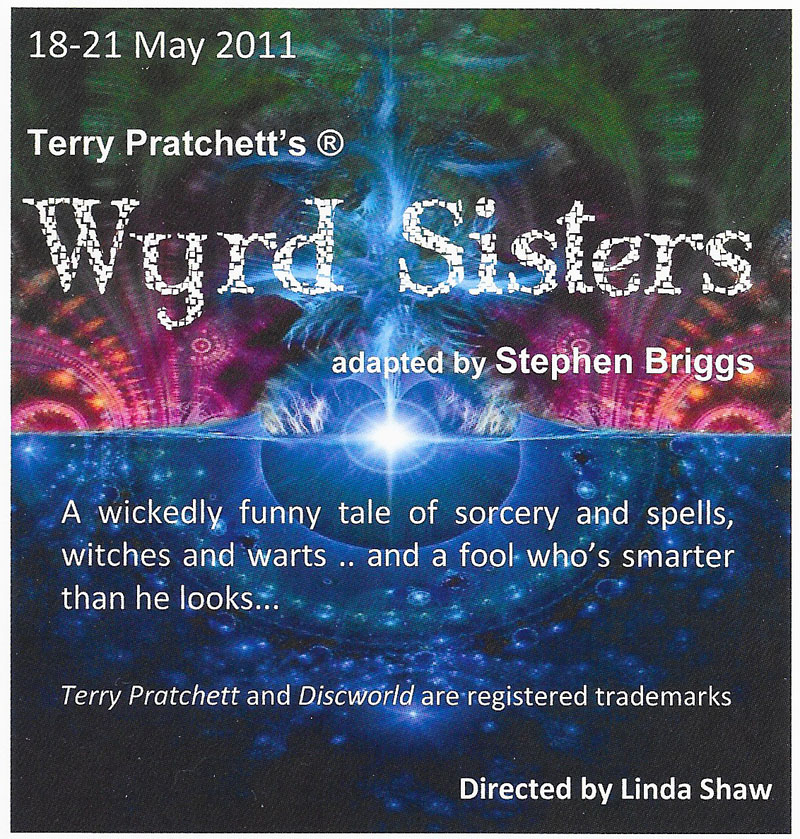 Wyrd Sisters was performed at The Mill Arts Centre in May 2011. It was also performed at the RSC Stratford-upon-Avon as a part of the Open Stages Project in July 2012.

Directed by Linda Shaw, the cast at The Mill was as follows: