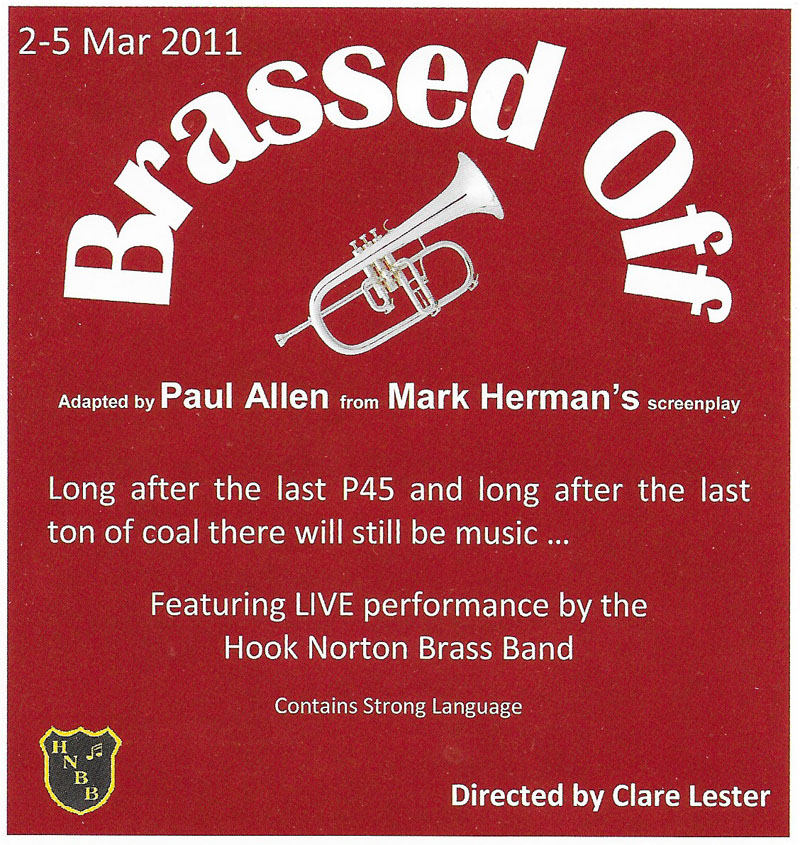 Brassed Off adapted by Paul Allen from Mark Herman’s screenplay was performed by Banbury Cross Players in March 2011.