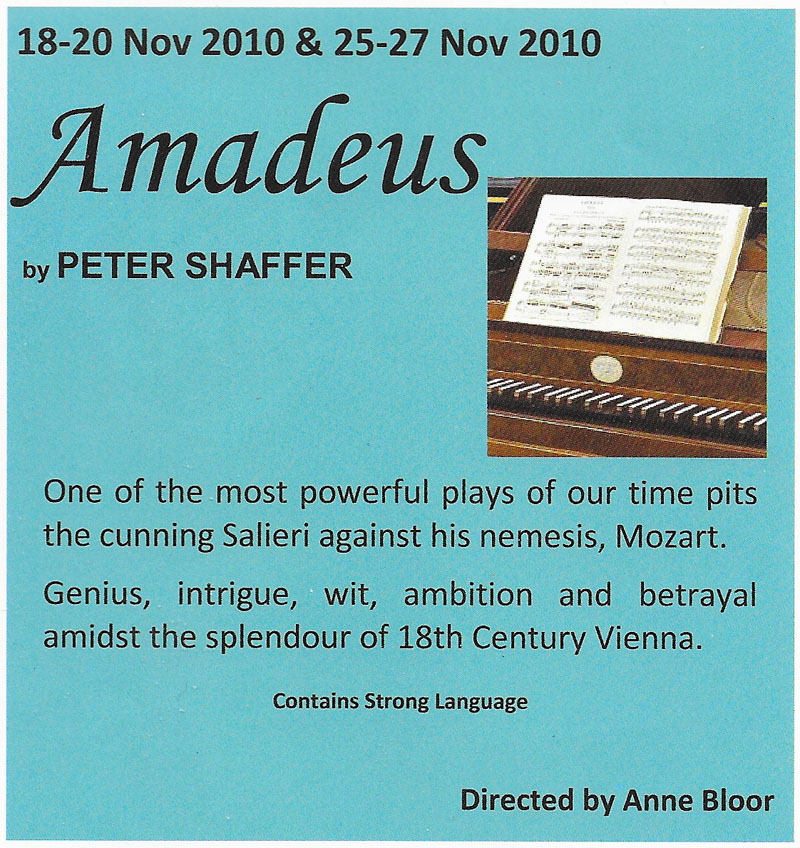 In November 2010, Banbury Cross Players presented one of the most powerful plays of our time as the cunning Salieri pits his wits against his nemesis, Mozart in Peter Shaffer’s outstanding play AMADEUS.