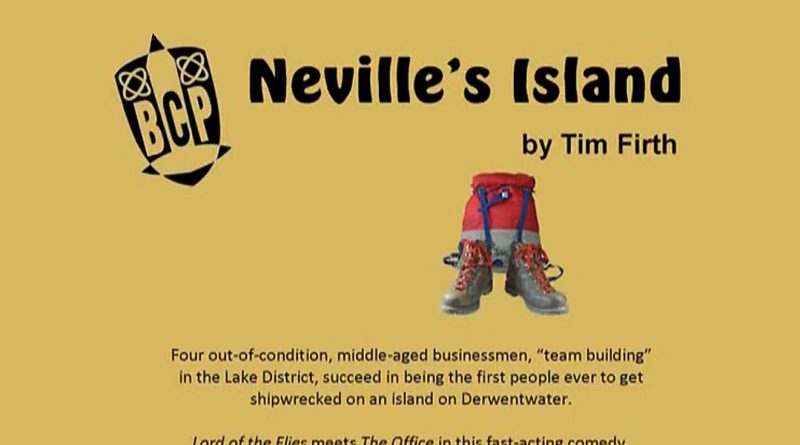 Banbury Cross Players presented Neville’s Island in July 2010. The Cast was as follows:

Four out-of-condition, middle-aged businessmen set off on a “teambuilding” exercise in the Lake District but succeed in being the first people ever to get shipwrecked in Derwentwater. They are washed up on “Neville’s Island”.

Testament to the brilliant writing and acting opportunity on offer, audition competition was fierce and second-round auditions had to be held.

Four of BCP’s most experienced actors take to the (water-logged, fog-bound) stage for this the final play in the 2009/10 Season. Jem Turner plays the amiable and incompetent, Neville who is appointed team leader at breakfast. Andrew Whiffen plays acid-tongued bully, Gordon whose rucksack has gone down with the boat. Nik Lester plays dim-witted loser, Angus with a rucksack full of over-the-top kit. Andy Allen plays bobble-hatted twitcher, Roy who spends much of the play half-way up a tree.