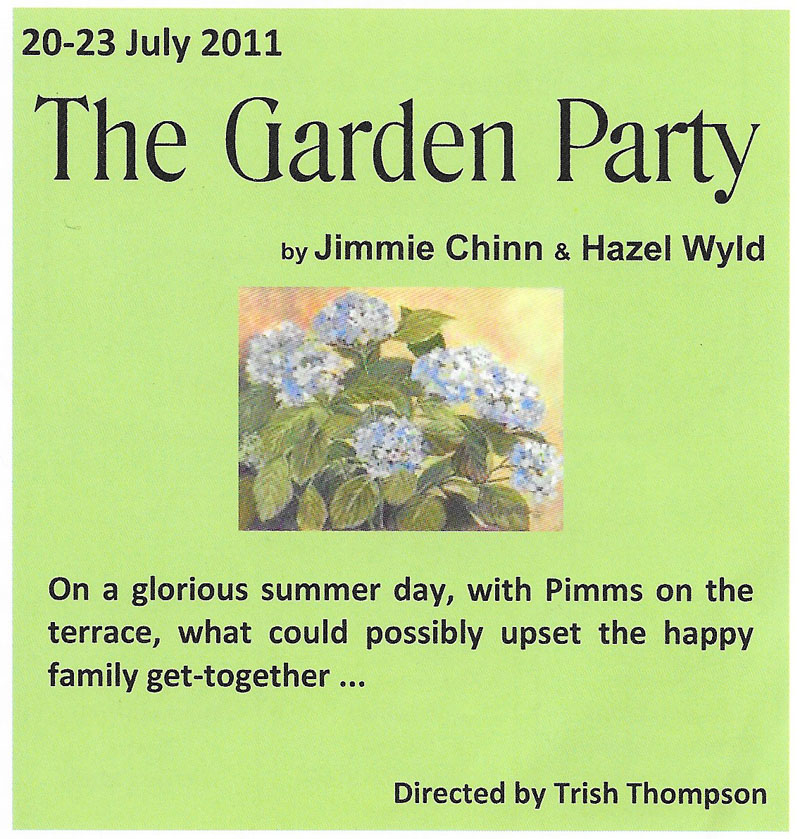 The Garden Party by Hazel Wyld and Jimmie Chinn

The Garden Party was performed by Banbury Cross Players in July 2011. It was Directed by Trish Thompson.

It’s party time! Regardless of what the British weather throws at us this summer, BCP will definitely be bringing sunshine to The Mill this July for their next production The Garden Party. A joint effort from playwrights Jimmie Chinn and Hazel Wyld brings the idyllic Isle of Wight to Oxfordshire.

Richard (Andy Allen) is celebrating his 70th birthday and his wife, Jan (Linda Shaw), has arranged a family party to which the three children (darling Ben, moody Charles and unlucky Sam) are invited. The happy family get-together is thrown into disarray when Ben brings a mysterious stranger to the party.

How will the family deal with the stranger in their midst? Will they rally round or will they fall apart? The scene is set for a day and night of revelations, arguments and moments of tenderness as the family seeks to resolve its difficulties and put the past behind them.

Trish Thompson brings a wealth of theatrical experience on her first outing as a director for BCP in a busy season which has seen her also heading the BCP Play Selection team.

Set designer, Peter Bloor, has his work cut out building a two-storey house complete with garden and sea views in The Mill and the props team will have a buffet for seven to prepare each night!