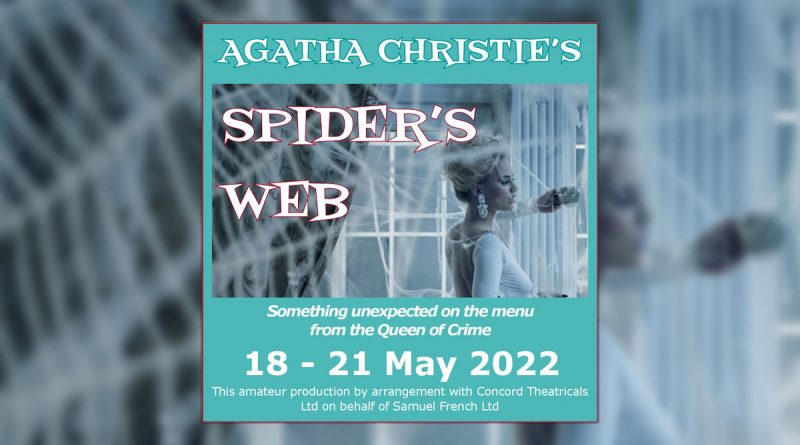 Spider’s Web by Agatha Christie will be performed at The Mill Arts Centre, 18th to 21st May 2022.

Following auditions held in January 2022, the Cast is as follows:

Clarissa, second wife of diplomat Henry Hailsham-Brown, is adept at spinning tales of adventure for the bored diplomatic circle. When a murder takes place in her drawing room she finds live drama harder to cope with (particularly as she suspects the murderer may be her step-daughter, Pippa). Worse still, the victim is the man who broke up Henry’s first marriage. Desperate to dispose of the body before her husband arrives with an important politician, she enlists the help of her guests. Clarissa’s fast talking places her in some hair-raising experiences as she comes to learn the facts are more terrifying than fiction!