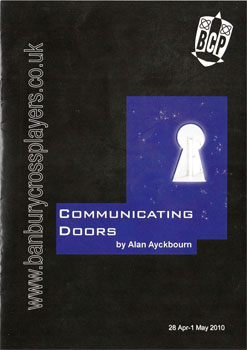 Banbury Cross Players’ performed Communicating Doors from 28 April to 1 May 2010 at The Mill Theatre, Spiceball Park Road, Banbury. It was directed by Peter Bloor.