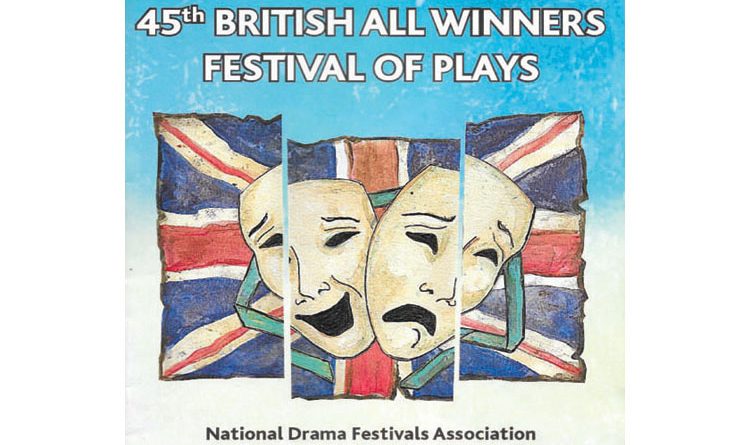 Our success with Contractions by Mike Bartlett at Lighthorne qualified Banbury Cross Players to enter the British All-Winners Drama Festival. The Rhoda McGaw Theatre in Woking was the venue for the festival this year.

In the afternoon of Sunday 14th July the Contractions team went to Woking for a technical rehearsal. The performance took place later in the evening. This was followed by an adjudication by Jill Colby. Chrissie (Director) and Chris (Crew) were unfortunately travelling overseas and therefore Liz Riley and Dave Candy stepped in to fill the gap.

The festival ran each evening throughout the week. On the last night, Saturday 20th, the performances for the week were summarised by the adjudicator and awards presented.

Robin Williams received the award of the “Sydney Fisher Trophy Backstage Award” from Sir Derek Jacobi and Jill Colby on behalf of the whole backstage team. A vote by the technical staff at the Rhoda McGaw Theatre determined who would receive this award.

He also collected “Amateur Theatre Trophy Adjudicator’s Award” on behalf of our two actors Nikki Dixon and Almira Brion. This award is the decision of the adjudicator Jill Colby.

Here’s a write-up in Sardines Magazine.

You can see more about the festival at https://www.facebook.com/NationalDramaFestivalsAssociation/