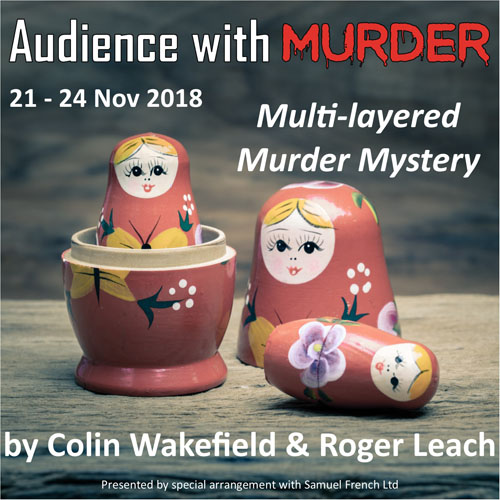 Audience with Murder was performed by Banbury Cross Players at The Mill Arts Centre 21-24 November 2018. It was Directed by Terry Gallager

The play begins in the living room of Alan and Sue, where they are joined by Kelly and Dean to read a play that Sue has written. Alan, a teacher of theatre, as well as a chauvinistic boor, makes fun of the play and as he continues to drink, of his wife as well. The “reading” turns into an emotional free-for-all as he recognizes himself being parodied in the script and as his relationship with Kelly is revealed. From then on, reality keeps changing, and the audience is repeatedly surprised until the final twist.

Thanks to Mike Watling for the following photos.