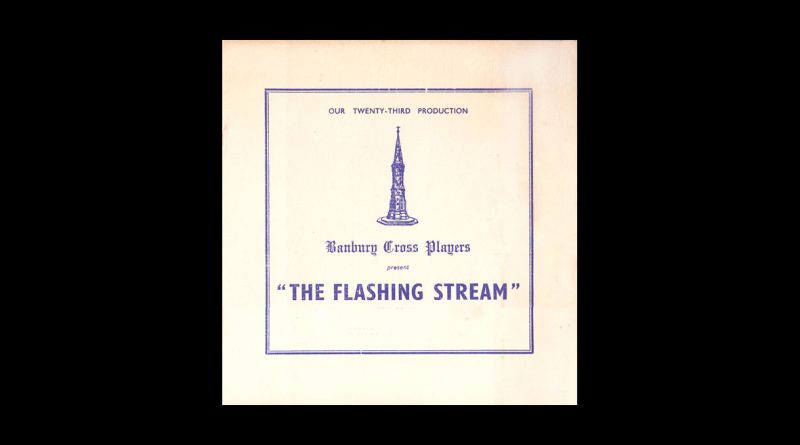 The Flashing Stream by Charles Morgan was performed at Church House, Banbury in October 1952. The play was Produced by George Wheeldon. The Cast was as follows:-

Here is an extract from the Author’s preface:-

Many are persuaded by despair that against the violence of the modern world there is no remedy but to escape or to destroy; but there is another within the reach of all — of a woman at her cradle, of a man of science at his instruments, of a seaman at his wheel or a ploughman at his furrow, of young and old when they love and when they worship — the remedy of a single mind, active, passionate and steadfast. which has upheld the spirit of man through many tyrannies and shall uphold it still.

This singleness of mind, called by Jesus purity of heart, the genius of love, of science and of faith, resembles, in the confused landscape of experience, a flashing stream, “fierce and unswerving as the zeal of saints,” to which the’ few who see it commit themselves absolutely. They are called “fanatics,” and indeed they
are not easily patient of those who would turn them aside; but, amid the confusions of policy, the adventure of being man and woman is continued in them.