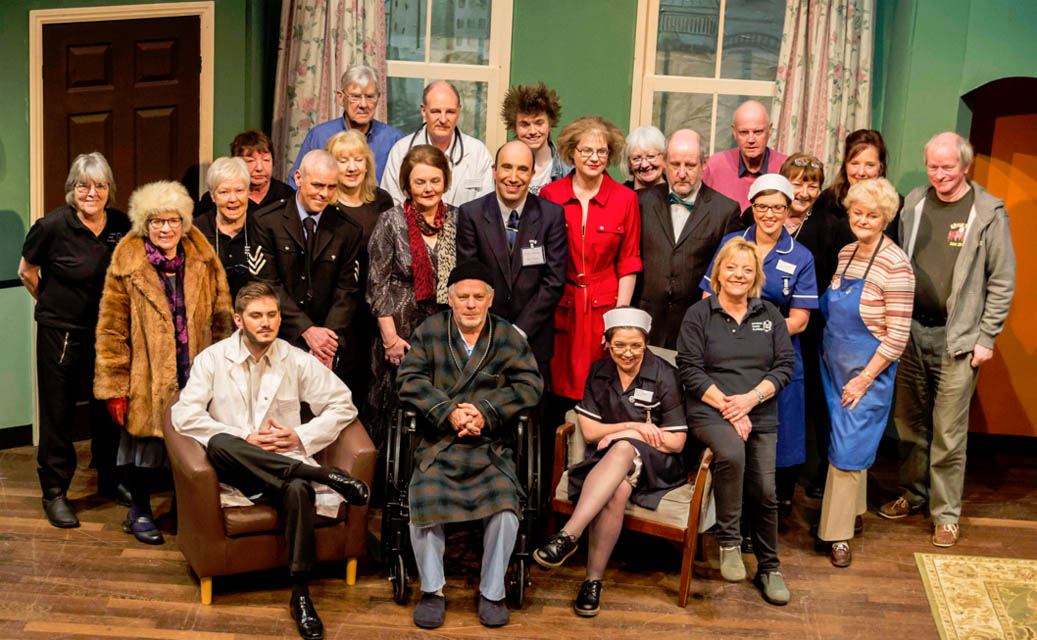 Set in a  hospital, It Runs in the Family contains the usual (Ray Cooney) assortment of farcical nuts running in and out of doors mistaking everybody for someone else. Dr. Mortimore tries to fend off a paternity suit, an ex wife, a punk-ish son and various other lunatics so that he may, at last, deliver the Ponsonby Lecture in an international conference.

Photos from the show at www.flickr.com and here with thanks to Mike Watling: