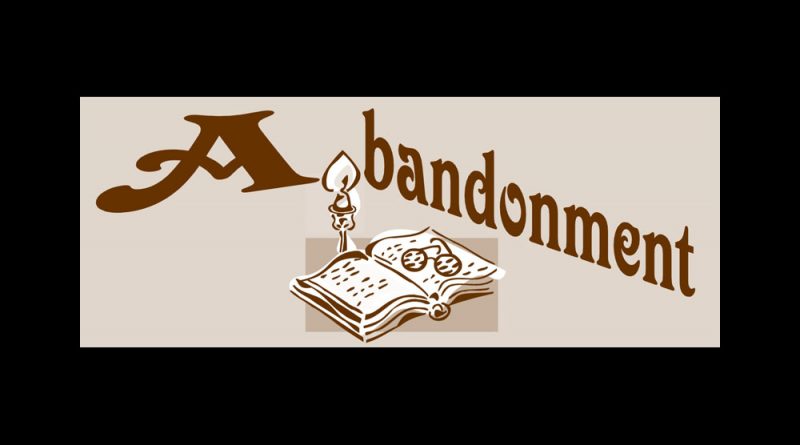 In April 2006 Banbury Cross Players presented Abandonment by Kate Atkinson at The Mill Arts Centre in Banbury. The play is about a dysfunctional modern family, a Victorian melodrama and a ghost story which combine to remind us the past isn’t as far away as we think …

Directed by Terry Gallager, the cast was as follows:-

This wonderful play by Kate Atkinson is about Elizabeth, a 40-something , childless woman striving to be alone. But her new home, a Victorian mansion with much history and woodworm, is continually invaded by people, depriving her of her solitude. Not only have her mother, her sister, her friend, a photographer and the carpenter hindered her peace and quiet but a deceased, former inhabitant of the house seems intent on disturbing her too.

This is a tale of love and death, jealousy and bitterness but laced with a dash of comedy alongside the quest for identity.

The Front of House team was friendly and really looked the part. So important when you are setting a scene and I must admit I do like the old traditions of evening wear, it makes the evening special – and this really was. The cast rose to the occasion and produced a very enjoyable and polished performance.

From the moment you enter the auditorium the set hit you. It was stunning and a lot of attention was paid to detail. I particularly liked the way the “removed pictures” were depicted on the walls – very effective. I would like to mention that considering Elizabeth was an historian, there were not as many books as I would have expected. Another point, was that the room really looked “lived in” and organized, as if Elizabeth had been there for ages. We are led to believe by the script that she has only just moved in (although I did think that if my Mother was coming I would have probably got my skates on and had everything just so!). However, I am being really picky as there was so little to do except praise you all for such a wonderful show.

Julia Charlesworth, who played Elizabeth, was very strong and confident and had good reactions with her sister and mother. I would have liked to have seen a greater difference with clothes changing to show passing of time – I do know the play well and it can be done. Elizabeth was very adept at showing changes of mood with the 2 male actors. I liked the bit where she is rejected by Alex – an excellent “hurt” look. Overall it was a very accomplished performance.

Kitty (Linda Shaw) was also good and gave a nice contrast. Excellent line delivery and a great change into Laetitia. The slap was a bit awkward, but I’m sure it was better on other nights. Suzy was confident and nice change of pace and mood when talking about Jo and the possible baby. I must admit I did not like the leather jacket, bit too clichéd. Great accent as Gertie. I loved the bit with the Séance – she looked really scared!

In a was suitably edgy and the typical Mother type that Kitty and Elizabeth had spoken of previously. A very good performance by Jan Batchelor although I thought her hair was a bit over the top for the present day scene. She was supposed to be from a well to do, well brought-up family and her appearance did not back that up. This did not detract from her acting and she was very good as Lavender. I loved the move with the Salad Cream by the way … great timing!

A Confident and Polished performance

Callum (Tristan Pate) was an absolute delight. He was like a breath of fresh air strolling onto the stage. Every actor related to him and I thought he gave a very confident and polished performance. He was suitably humble as Rev Scobie offering an excellent contrast between the characters he was playing. Alec (Richard Oliver) was also extremely good with well delivered lines with lots of meaning and thought behind them. His voice
and body language for each character were brilliantly executed. Complete opposites – great! Finally Agnes (Nicola O’Boyle) gave well delivered lines in a very confident way, which depicted the Victorian governess who knew her place but still thought education could pave her future. A very controlled performance.

Well done Director, I’m sure you now think the hours of work were worth it!

Well done everyone. I had a very entertaining evening and it was well worth the 40 min drive. It brought back many memories and even gave me new insights into the play and I thank you for the opportunity to see a Group at its best.