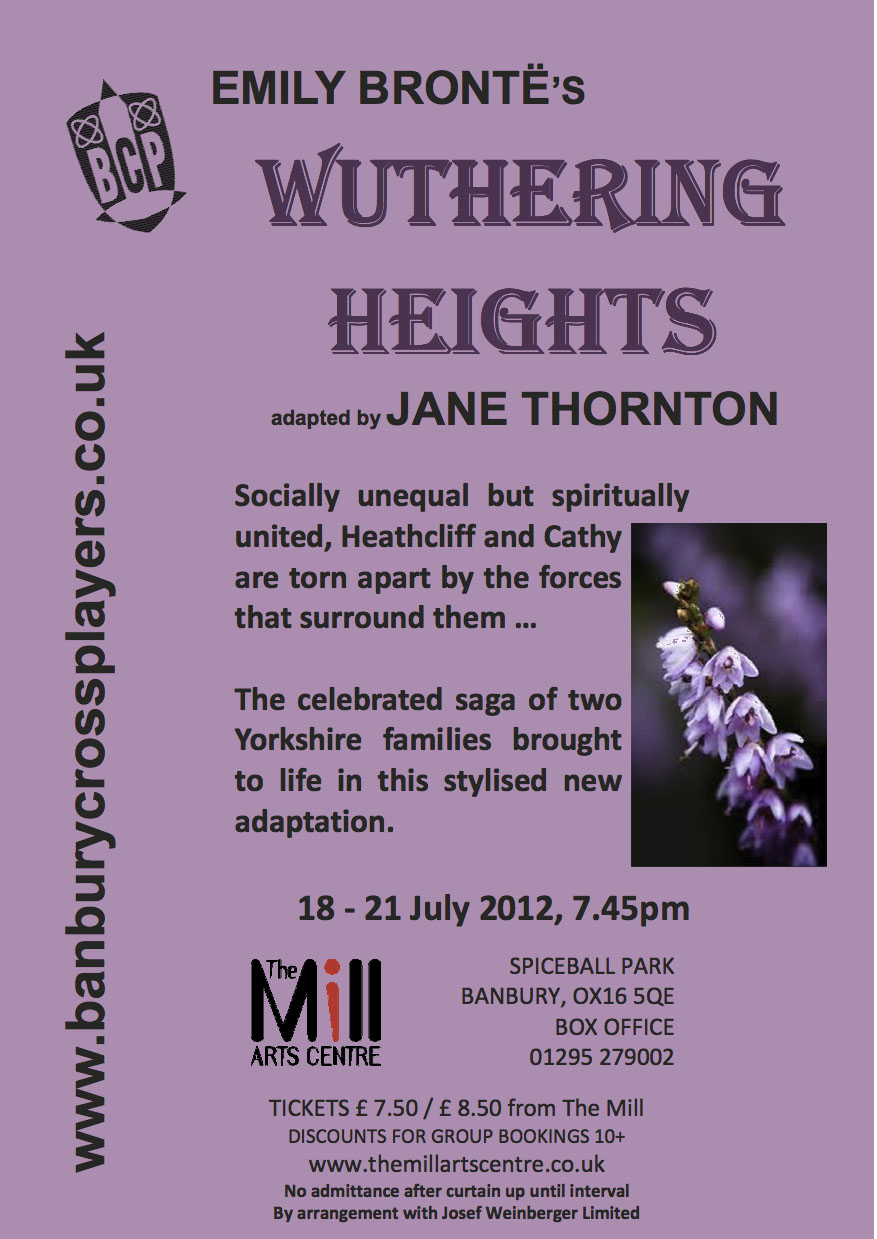 Wuthering Heights by Emily Brontë adapted by Jane Thornton was performed by Banbury Cross Players from 18th to 21st July 2012.

It was directed by Linda Shaw. The cast was as follows.