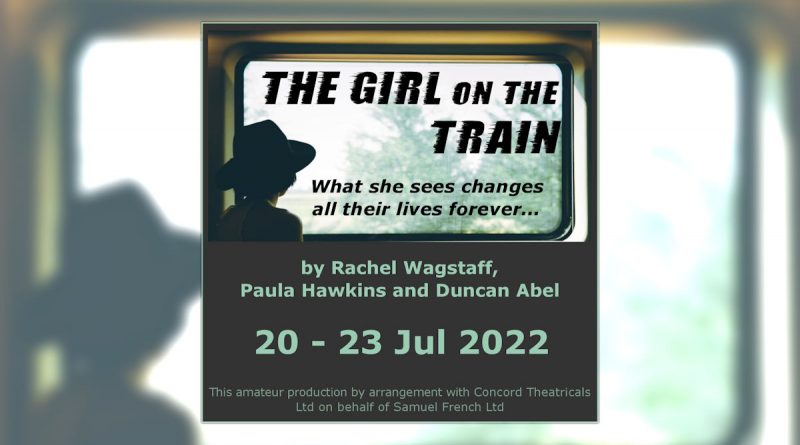 The Girl on the Train by Rachel Wagstaff, Paula Hawkins and Duncan Abel will be performed at The Mill Arts Centre, 20th to 23rd July 2022.

Following auditions the cast will be as follows

Rachel is a bit of a mess. She drinks heavily, has lost her job and her only escape is the perfect couple she watches through the train window every day. They are happy and in love – or so it appears. One morning, she sees something shocking. And then it all changes. When she discovers the woman she’s been watching has suddenly disappeared, she finds herself as a witness and even a suspect in a thrilling mystery. Her ex-husband (Tom) and his new wife (Anna) are friends with the perfect couple and all their lives become inter-twined as they face bigger revelations than they could have anticipated.

Staged on a composite set, the flashback scenes gradually reveal more about the characters and their collective relationships. They tease the audience by slowly uncovering the events of the fateful Saturday when Megan disappeared. They mirror Rachel’s slowly recovering memory of that same night and her involvement in it. Although the reveal is gradual, that’s not the pace of the play, which rattles along to it’s unexpected conclusion.