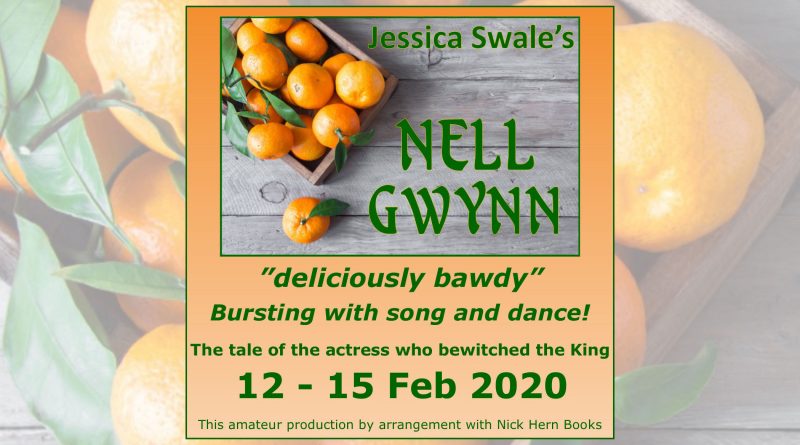 Nell Gwynn is directed by Clare Lester. Clare directed Calendar Girls and took a major part in The 39 Steps.

London, 1660. King Charles II has exploded onto the scene with a love of all things loud, extravagant and sexy. And at Drury Lane, a young Nell Gwynn is causing stirrings amongst the theatregoers.

Nell Gwynn by Jessica Swale charts the rise of an unlikely heroine, from her roots in Coal Yard Alley to her success as Britain’s most celebrated actress, and her hard-won place in the heart of the King. But at a time when women are second-class citizens, can her charm and spirit protect her from the dangers of the Court?

Photos with thanks to Mike Watling