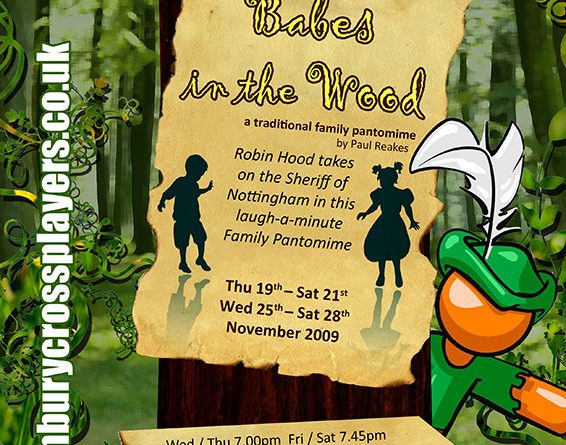 Babes in the Wood – a traditional family pantomime by Paul Reakes – was performed at the theatre in The Mill Arts Centre between 19th and 28th November 2009. It was directed by Liz Riley.

Below you will see the programme which contains a full cast list and some photographs from the dress rehearsal.

Photos with thanks to Alan Davies.