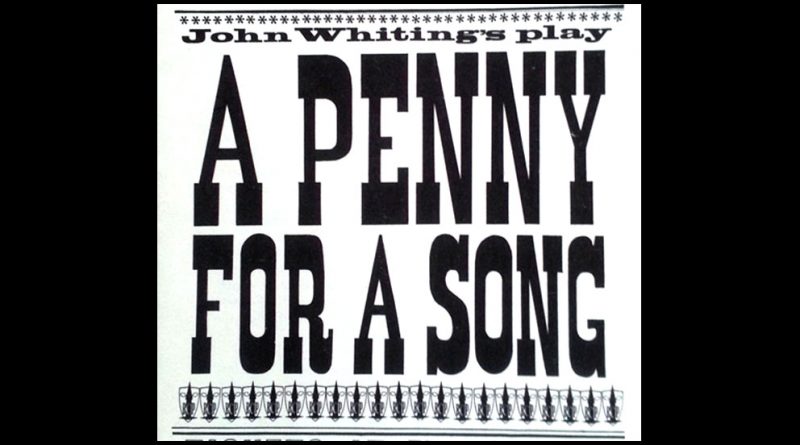 Banbury Cross Players presented A Penny for a Song at the College Theatre, Broughton Road in April 1965. It was Directed and Designed by Martin Blinkhorn. The Cast was as follows:-

THE YEAR IS 1804. There are many in England who believe that Napoleon Bonaparte will, at any time, invade across the Channel. However, not all of these people are preparing to meet “The Beast of the Apocalypse” with such devilish cunning as Sir Timothy Bellboys. His brother, Lamprett, is rather more interested in fighting fires and has no time for his brother’s high-flown plans.

Into this summer sunshine comes Hallam Matthews, a dilettante from London, somewhat more at home in his favourite club (Boodles) reading a little of the disturbing Mr. William Wordsworth than he is in the rustic charm of Dorset. He openly admits that his indigestion is as important to him as Bonaparte; more so, in fact, because Napoleon has not yet put in an appearance. He is a mellowed sophisticate so it is not surprising that he cannot agree with Edward Steme who this very day will walk through the garden gate in search of a bite of food. Steme is a radical (we might today call him a Socialist) and has had recent bitter experience of fighting as a mercenary on the Continent. It is little wonder that he sounds a little bitter when he comes across a family like the Bellboys’s who have never heard of Social Inequality.

The playwright, John Whiting, died aged 47 in June 1963.
The tragedy is that we shall never see other plays of his
that are as enjoyable as A Penny for a Song.