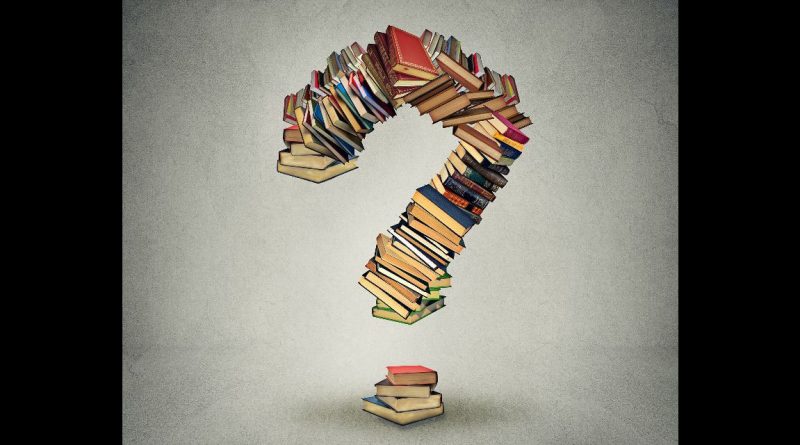 Who would have thought in May last year that the wonderful BCP 2019/20 Season which we presented to you would go on to be decimated by flood and coronavirus?  At least we did manage to entertain our audiences with our planned production for February – the bright and lively Nell Gwynn by Jessica Swale.

The 2020/21 Season short list of plays presented by the Play Selection Committee, have now been considered by the Executive Committee and, although we have the postponed productions to fill  the slots for Nov 20/Feb 21/July 21, it has been agreed that for a range of reasons it really is too early to decide on which play will fill the May 2021 slot, or indeed to make a final decision on the BCP 2020/21 Season overall.

This situation will be regularly reviewed but, until the current lock-down has been lifted and it is clear when our theatres will be open again, we feel that it would not be sensible at the present time to announce any future BCP production plans.

We are sure that you will all understand the reasoning behind this decision.
Take care and keep safe.
With all good wishes

We recently asked our supporters, members and Gold Card Holders for their views on a list of plays being considered for our next season. This runs from Autumn 2020 through to Summer 2021. The Survey has now closed and the results can be seen at Play Selection 2020/2021 Survey Results.

As a reminder for those who completed the survey and for information for others here is a description of each of the plays listed.

Bellwether was a nice, safe place to live. Bad things didn’t happen there. That was until six year old Amy Draft went missing. As the investigation progresses, speculation in the media and the neighbourhood turns on Amy’s parents, Alan and Jackie Draft. The young girl’s disappearance is not what it seems, and is only a glimpse of what lurks below the community’s perfection.

“Bellwether is a compelling concoction of mystery, horror, surrealism and tragedy, with a dash of laughter.”

As a clergy wife, Grace has spent a lifetime on her best behaviour. Now, following the death of her husband, Bardolph, she is enjoying the new-found freedom to do and say exactly as she pleases, usually to the new (female) vicar, Sarah. The return of Grace’s eccentric missionary sister Ruth prompts some disturbing revelations, which force her to confront Bardolph’s ghost and the truth of their marriage. At the same time Sarah reveals some un-clergy-like credentials of her own to Grace’s therapist daughter Jo.

Entertaining Angels asks whether God can be trusted to do anything right at all, “Or is the whole thing a divine exercise in trial and error?”

Read more about Richard Everett and his other writing here www.samuelfrench.co.uk/a/100193/richard-everett

The Girl on the Train by Paula Hawkins, adapted by Rachel Wagstaff and Duncan Abel

Rachel Watson longs for a different life. Her only escape is the perfect couple she watches through the train window every day, happy and in love. Or so it appears. When Rachel learns that the woman she’s been secretly watching has suddenly disappeared, she finds herself as a witness and even a suspect in a thrilling mystery in which she will face bigger revelations than she could ever have anticipated.

Adapted from Paula Hawkins’ novel – an international phenomenon selling over twenty million copies worldwide – this gripping new play will keep you guessing until the final moment.

One of the most uplifting stories ever written brought to life in this stage adaptation. Set during the dark and dangerous build-up to the Second World War, Goodnight Mister Tom follows sad young William Beech, who is evacuated to the idyllic English countryside and builds a remarkable and moving friendship with the elderly recluse Tom Oakley. All seems perfect until William is devastatingly summoned by his mother back to London.

Read about the playwright – http://www.davidwood.org.uk

The Ladykillers by Graham Linehan

A sweet little old lady, alone in her house, is pitted against a gang of criminal misfits who will stop at nothing.

Posing as amateur musicians, Professor Marcus and his gang rent rooms in the lopsided house of sweet but strict Mrs Wilberforce. The villains plot to involve her, unwittingly, in Marcus’ brilliantly conceived heist job. The police are left stumped but Mrs Wilberforce becomes wise to their ruse and Marcus concludes that there is only one way to keep the old lady quiet. With only her parrot, General Gordon, to help her, Mrs Wilberforce is alone with five desperate men. But who will be forced to face the music?

Adapted by the co-creator of Father Ted and The IT Crowd, The Ladykillers film was re-made in 2004 (the original 1955 film version starred Alec Guiness) with Tom Hanks in the lead role.

A Murder is Announced by Agatha Christie

An announcement in the local paper states the time and place when a murder is to occur in Miss Blacklock’s Victorian house. The victim is not one of the house’s several occupants, but an unexpected and unknown visitor.

What follows is a classic Christie puzzle of mixed motives, concealed identities, a second death, a determined Inspector grimly following the twists and turns, and Miss Marple on hand to provide the final solution at some risk to herself in a dramatic confrontation just before the final curtain.

Read about the playwright – https://www.agathachristie.com/stories?format=play

Out of Order by Ray Cooney

This sequel to Two Into One finds Junior Government Minister, Richard Willey, in the Westminster Hotel once again. It’s a different young lady this time but a far worse problem arises – in the shape of a dead body stuck in the window of their suite. As Richard shouldn’t be with the young lady he can’t report the body to either the hotel management or the police so he, once more, enlists the aid of George Pigden. Richard’s wife, a wily waiter and a suspicious hotel manager are on hand to add to the mayhem which includes a private detective and George’s mother’s nurse.

Out of Order won London’s Lawrence Olivier Award for “Comedy of the Year” and went on to be another world-wide hit. Find out what the reviewers had to say here https://www.raycooney.co.uk/out-of-order-ca1f

Set eight months following Aberfan Disaster of 1966 (in which 144 people were killed; 116 of them children), The Revlon Girl tells the real life story of a group of bereaved mothers who met every week above a local hotel.

At one of their meetings, the women looked at each other and admitted how much they felt they’d let themselves go. So afraid that people would think them frivolous, they secretly arranged for a representative from Revlon to come and give them a talk on beauty tips. This is a poignant, heart-breaking and tender new play which explores a terrible episode in Welsh history and tells a story of amazing courage, hope and humour.

The following plays were considered but did not make it to the next stage.

“He calls me sometimes. Usually in the dark hours of the morning. ‘Mummy’ he cries. ‘Where are you? Come and find me.'”

After years apart two families come together to rediscover their lost friendship. As they try to move forward they are plunged into a terrifying encounter with the past. Struggling to make sense of the extraordinary events that unfold before their eyes even the strongest of beliefs are shaken to the core.

Set against the economic crisis of the 1930s, this is a bold theatrical tale of grief and denial.

Check out this interview with the playwright https://metro.co.uk/2013/06/13/alexi-kaye-campbells-new-play-bracken-moor-explores-a-vivid-view-of-grief-3838387/

Pantomime of the non-traditional variety… Researching the true story behind Cinderella turned up some extraordinary facts that will surprise even the most hardened pantomime regulars. There is incontrovertible evidence that Cinders could have had no possible access to pumpkins. Without a pumpkin, there could be no golden coach. So, what exactly DID happen on that strange night? Did Cinderella ever go to the ball? The truth will shock and amaze.

From the playwright who brought you Little Grimley, Peas, Orca and Sex, Drugs, Rick ‘n’ Noel comes possibly the only pantomime ever to have a “The Hairy Godmother” perform the opening monologue.

The Merrie Wives of Windsor by William Shakespeare

Falstaff decides to fix his financial woe by seducing the wives of two wealthy merchants. The wives find he has sent them identical letters and take revenge by playing tricks on Falstaff when he comes calling.

With the help of their husbands and friends, the wives play one last trick in the woods to put Falstaff’s mischief to an end.

Currently under consideration from this favoured traditional Pantomime writer are Cinderella, Sinbad the Sailor or Bluebeard. It’s panto, what more need we say? You’ll be in for a hilarious, singing, dancing, boo and hiss, gender-swapping, audience-participation evening!

Find out more about the writer and his work here https://www.samuelfrench.co.uk/search?keyword=Paul%20Reakes

Towards Zero by Agatha Christie

What is the connection between a failed suicide attempt, a wrongful accusation of theft against a schoolgirl, and the romantic life of a famous tennis player?

To the casual observer, apparently nothing. But when a house party gathers at Gull’s Point, the seaside home of an elderly widow, earlier events come to a dramatic head.

It’s all part of a carefully paid plan – for murder.